On the Set: Going 'Under the Veil' for Missa X A version of this feature appears in the September issue of AVN magazine. Click here for the digital edition.

But the actors and crew of Under the Veil don’t seem to care.

They don’t complain about working all day in heavy robes and cumbersome headpieces—even though the air-conditioner is off on this sweltering June afternoon. They aren’t bothered by the dialogue-heavy, 65-page script. And no one rolls their eyes when Greenwood yells “Cut!”—again and again and again—before asking them to repeat a sequence.

“Ricky is a perfectionist; he wants to make sure everything is juuussst right,” Tommy Pistol, one of the stars of the film, whispers between takes. “We all respect that, especially with this project.”

“When you can sense you’re working on something that could be special,” he says. “it pushes you even harder.” 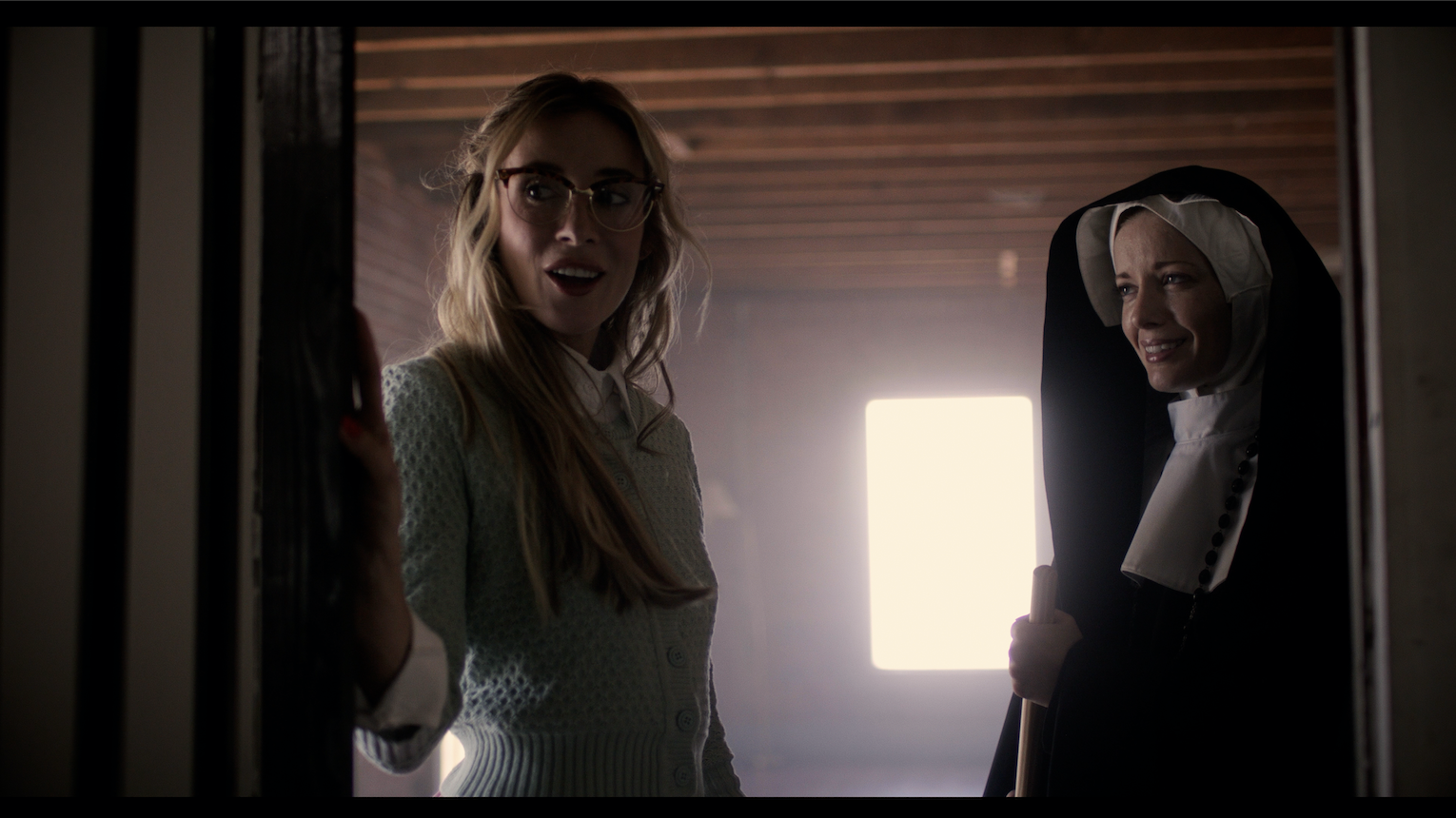 Set in the late 1960s, Under the Veil addresses the once-controversial subject of a female’s role in the church. Stokely, the tale goes, is an ambitious nun who has penned a book about a woman’s inability to ascend into positions of power while offering suggestions on how to help the situation evolve. The clergy is not happy about the book, and that worries Stokely’s mother superior (Locke), who is having an affair with Stokely and fears her lover will be ex-communicated.

Locke blinds Stokely’s eyes and locks her away in the bowels of the church, where no one can find her. No one, that is, except for novice nun James, who admires Stokely and sneaks away to visit her and obtain the notes for her next book, which James vows to help write. Meanwhile, Pistol, a priest, is up for a promotion in the hierarchy that Locke feels she deserves, so she uses James to tease him and tempt his taboo desires, hoping he will succumb and prove himself unfit for the job.

“It’s a great story,” Pistol says, “but it’s very complex. Ricky has been wanting to do something about the priesthood for a while now. He’s in his element and I’m in mine.

“Everyone is being pushed, but Ricky is holding it all together. We can all see that he’s on top of his game, and we’re following him. You want to follow a leader who leads—not someone who is questioning everything and panicking and wasting time.” 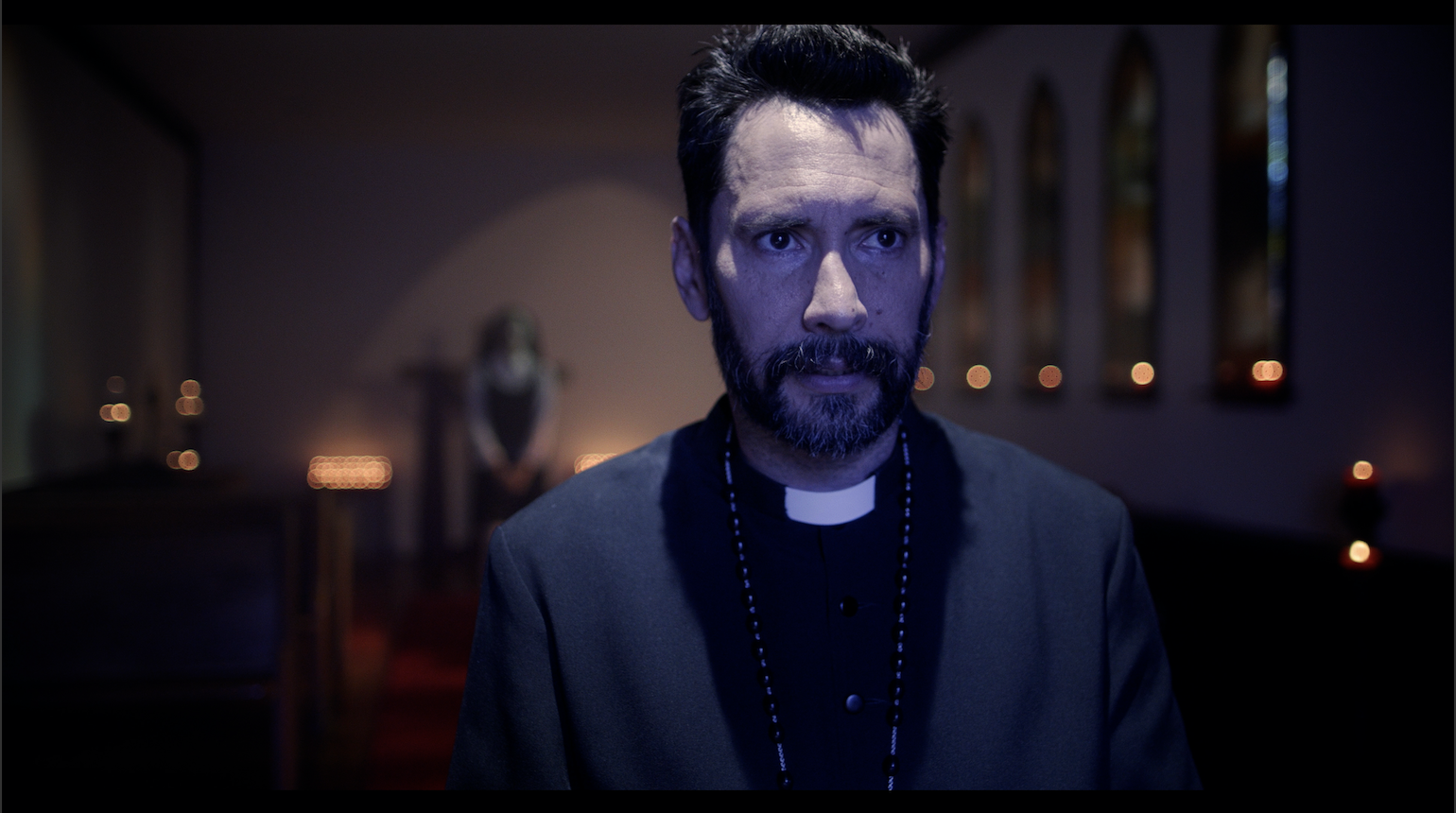 Greenwood’s fascination with subject matter involving church and religion started long before he entered the adult industry. He’s done extensive study on Nunsploitation, a subgenre of exploitation film that created a stir in Europe in the 1970s.

Most commonly, the films have a strong message against the policy of the church, whether it be an aversion to homosexuality—which Greenwood addressed in Confessions of a Sinful Nun—or the belief that a woman’s role should be that of a servant instead of someone in a position of power.

Nunsploitation films, however, are often dark horror movies involving violence and torture and demonic possession. One of Greenwood’s favorite films of all time—The Devils, a tale about a 17th-century priest accused of witchcraft—was banned in multiple countries.

Adult industry guidelines prevent Greenwood from filming any scene where there’s even a hint of a lack of consent. Greenwood, though, has no problem hovering as close to the line as possible without crossing it.

“I like to push boundaries,” he says. “I add more and more into each movie to (test) where the limits are.”

“You have to be careful, though,” he says. “You don’t want to gross out people. Charlotte Stokely has sex with her eyes burned (in Under the Veil). Some people may not like that, but they let me do it.” 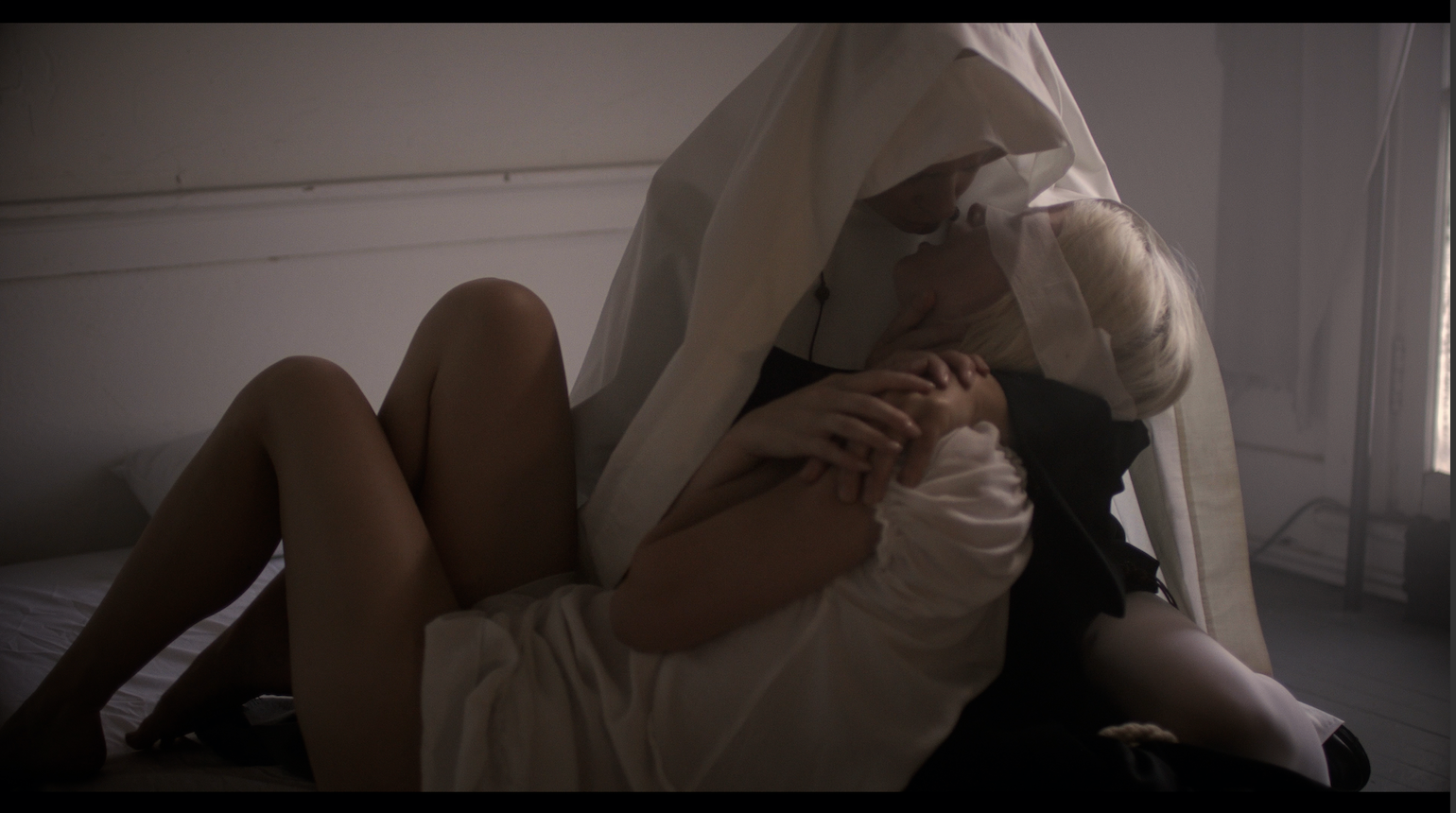 Indeed, while they may not be arousing, the blood-and-gore moments in Under the Veil are certainly attention-grabbing and, frankly, impressive. That’s because Greenwood enlisted the services of makeup/special effects wizard Alexxx Moon, who was featured on the hit television show “Face-off” and also designed the werewolf costume for Michael Jackson’s “Thriller” reunion video.

Moon—who worked on Greenwood’s other big 2021 project, the werewolf movie Blue Moon Rising—is part of an A-list-behind-the-scenes-crew that’s just as accomplished as Under the Veil’s all-star cast.

Matt Holder, who says he’s been working almost exclusively with Greenwood as of late, is one of the most respected photography directors in the industry. Holder’s voice boomed with confidence and authority as he positioned people and kept things moving on the final day of shooting—but he did so with an air of warmth and humor that kept the energy high and spirits upbeat.

AVN Hall of Famer James Avalon operated one of the cameras and shot behind-the-scenes-footage during downtime. And production manager Nick Fitt did a bit of everything, whether it was reading forgotten lines to performers to writing checks to ordering food to helping find pliers to remove performer Lilly Bell’s nose ring.

The unsung hero of the entire bunch, however, may have been set designer Kylie Ireland, whose work on Under the Veil began long before the cameras started to roll. Ireland said she spent hours online researching the culture of the church six decades ago, whether it involved attire or chapel layouts or different styles of Bibles and rosaries.

“I worked on this for more than a month,” Ireland, the former performer and AVN Hall of Famer said. “It’s a job, but also a passion.”

Ireland shopped online and at second-hand stores for props. And she and Greenwood found a chapel to donate 12-foot, unused pews that they had to saw in half because they were too wide for the set location. 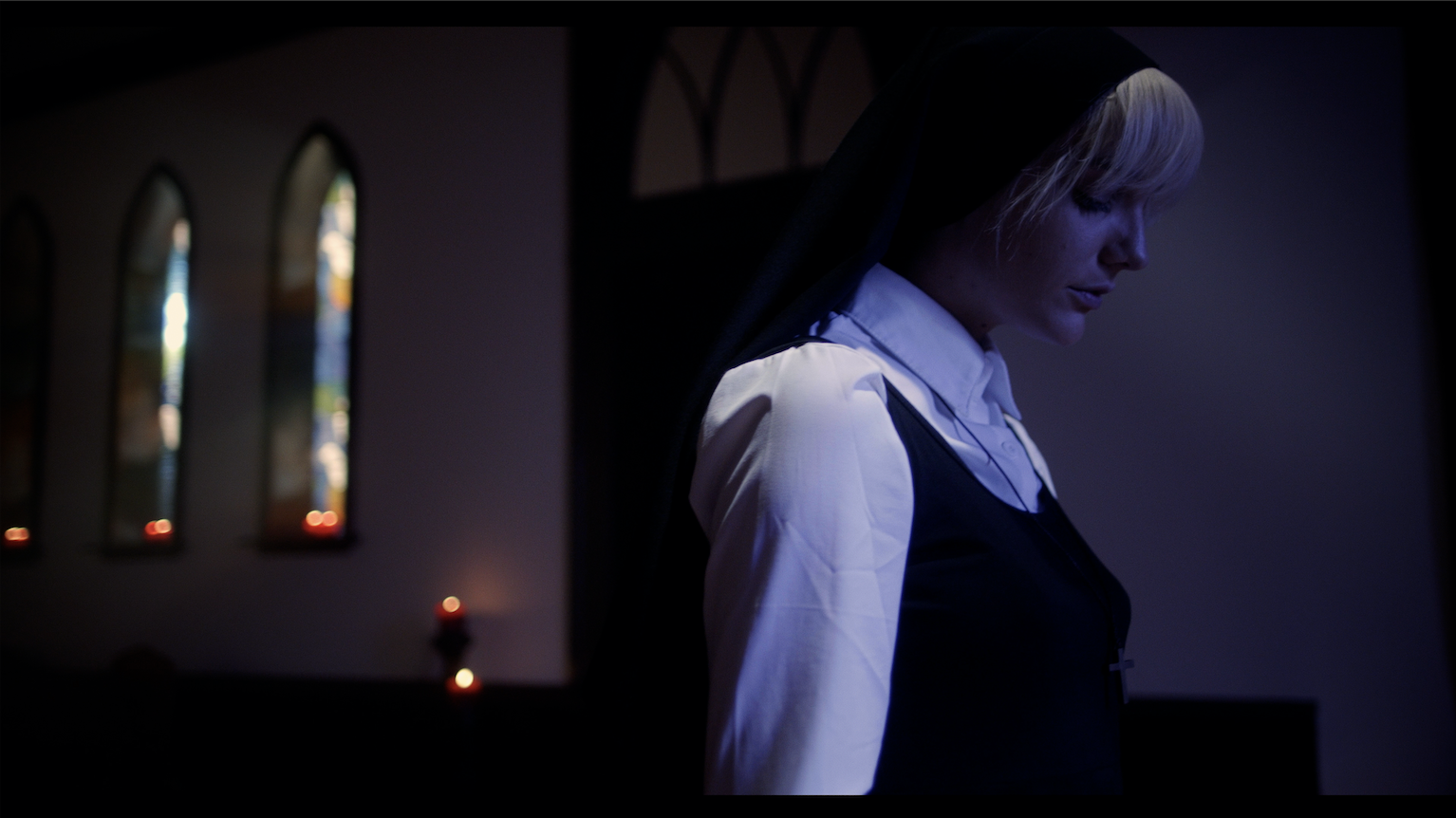 Speaking of the location, Under the Veil was—fittingly—filmed in an old, creaky church. Or rather, a former church. The 9,300-square-foot building in downtown Los Angeles has served multiple purposes since 1920, when it was constructed as a place of worship. A century later, it’s surrounded by an electronic security gate in the heart of poverty-stricken Skid Row.

The sounds of police helicopters often caused stoppages in production during the day. There were pauses late at night, too, when boom-box music from nearby homeless encampments permeated the building. Still, most of the time, when all was calm, the set felt exactly like the cozy chapel it was designed to mimic.

Greenwood’s effort and attention to detail weren’t lost on the crew.

“Ricky is a visionary,” Locke says. “He brings a cinematic touch to the industry, all the way down to the little things. Maybe it involves using a certain light to bring out an ambiance or set a tone. Or maybe it’s a prop in the background that’s a symbol for the movie, for the theme. Those are the things a good director does that can bring a story to life.” 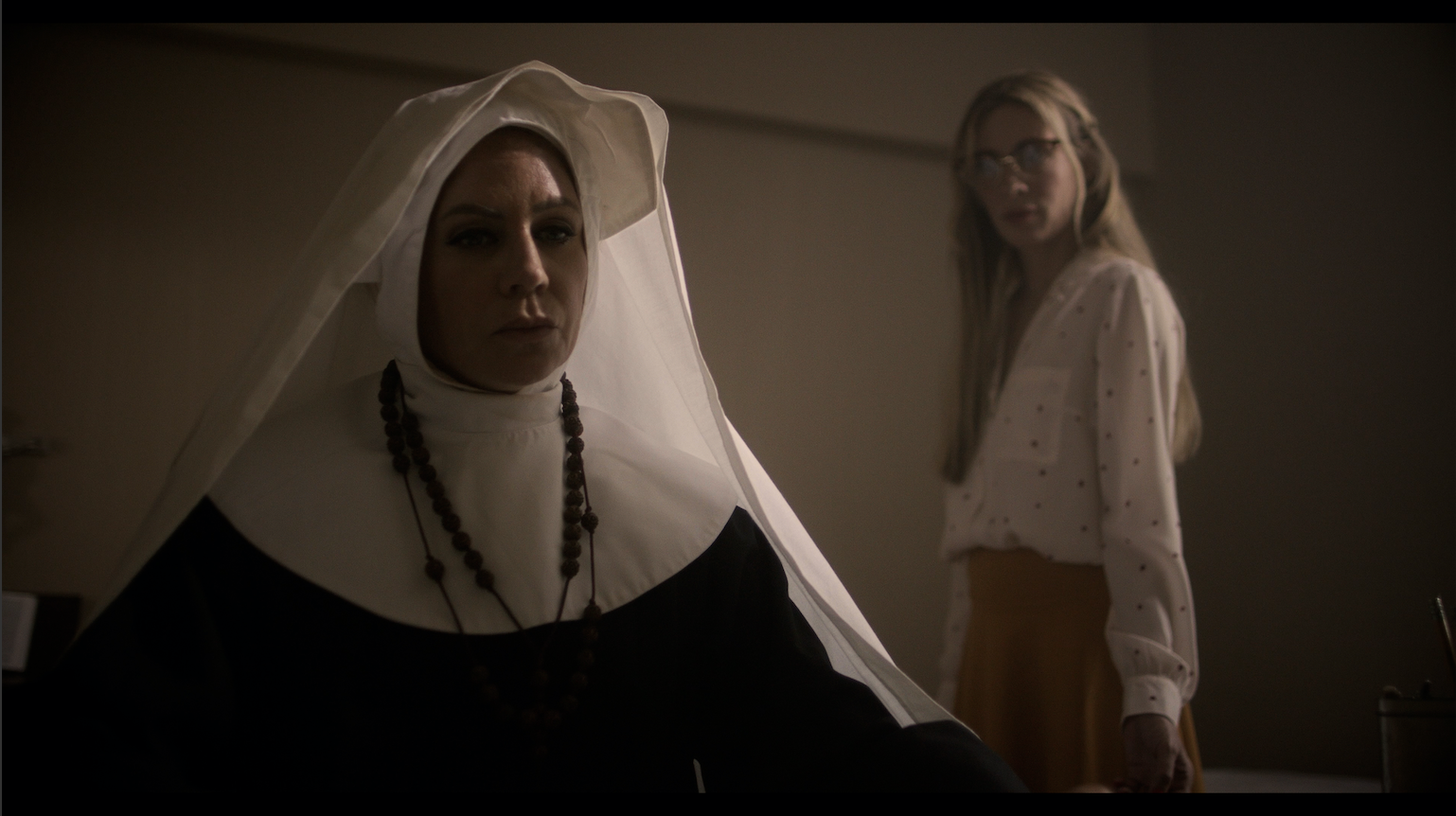 “I discovered then that she was an amazing actress,” Greenwood says. “For the role of mother superior, I needed a strong female character, someone that could be tough—and even mean. Charlotte and Kenna are both too gentle, too soft. Helena was perfect.”

Greenwood also knew he hit a home run by landing Pistol, who has won seven AVN trophies for acting and is sure to garner more praise for his during the upcoming awards season.

“This part has been such a joy to play,” Pistol says. “You don’t always get to do a big feature like this and get to schedule out so many days to do it. Usually, because of budgets, you have to do everything in one or two days. That puts a lot of stress on the crew, a lot of stress on the actors. You want to do something different and something special, but you only have a few hours to do it.

“This has been the complete opposite. We’re taking our time and getting it right. When you come to set and the crew is still talking about the things they did the night before, and they’re excited, it keeps everyone’s juices going, because you’re like, ‘Wow, this is going to be a really good movie.’” 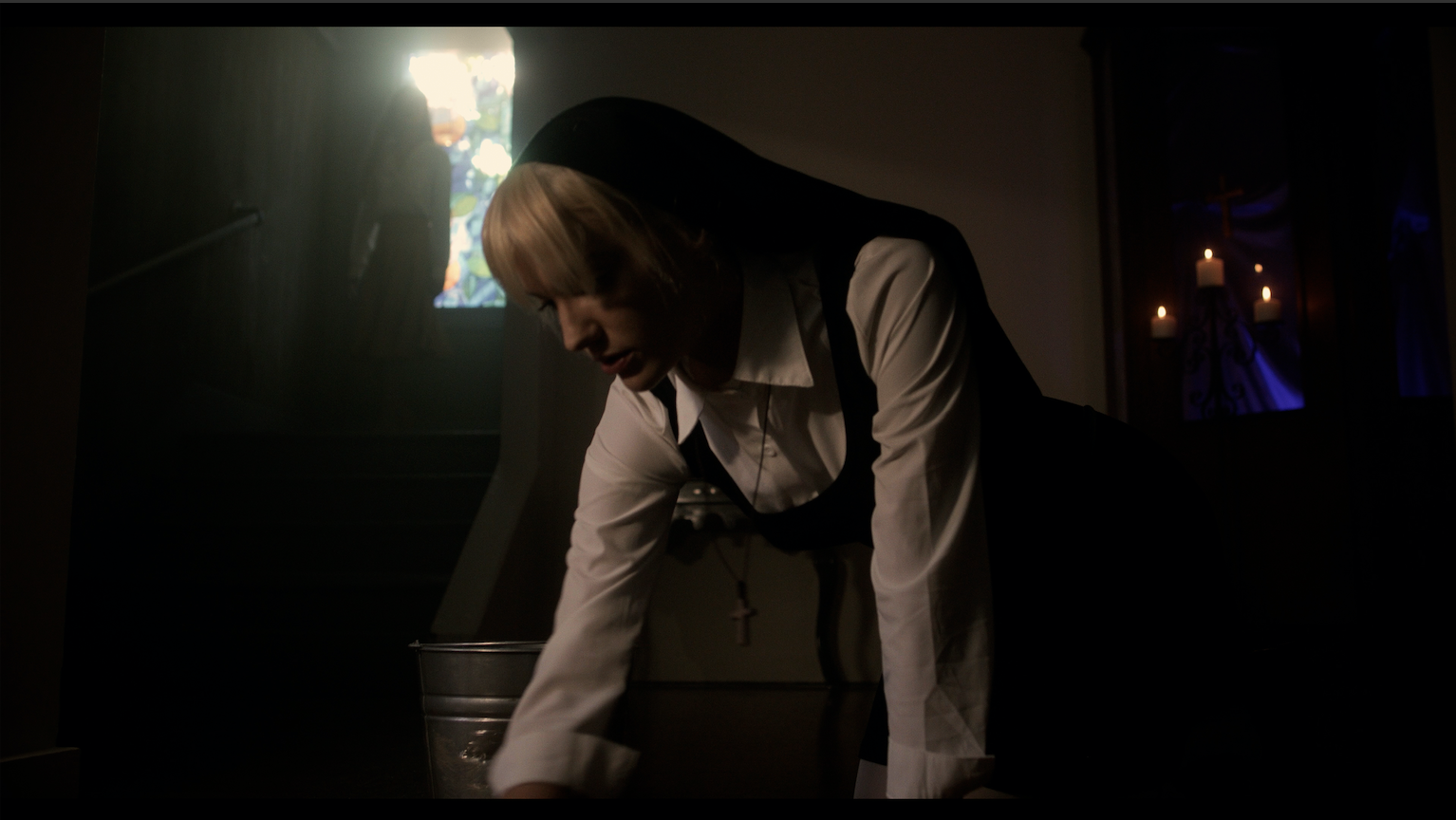 As much as it bolsters the resume of Greenwood, Under the Veil should also enhance the reputation of James, who has proven repeatedly in 2021 that she’s among the top all-around performers in the industry.

Whether it was in a supporting part in Casey: A True Story, a sexy domme role in the Deeper featurette “Fuckhole” or an intense double-penetration tryst in Tushy’s “Yoga Retreat,” James has been at her best in 2021. Under the Veil is simply the cherry on top.

“Kenna always jokes with me that she never gets the lead,” Greenwood says, “but in my mind she’s the lead all the time. She’s amazing.”

James wasn’t there on the final day of shooting, having already completed her scenes. She missed a good time—and some hilarious moments.

When someone pointed out that the word “monastery” had accidentally been used in dialogue instead of “convent,” a crew member joked, “The person jacking off to this isn’t going to notice.” And just before things got steamy in her scene with Steve Holmes, Anny Aurora asked if she was supposed to leave on her nun headpiece. 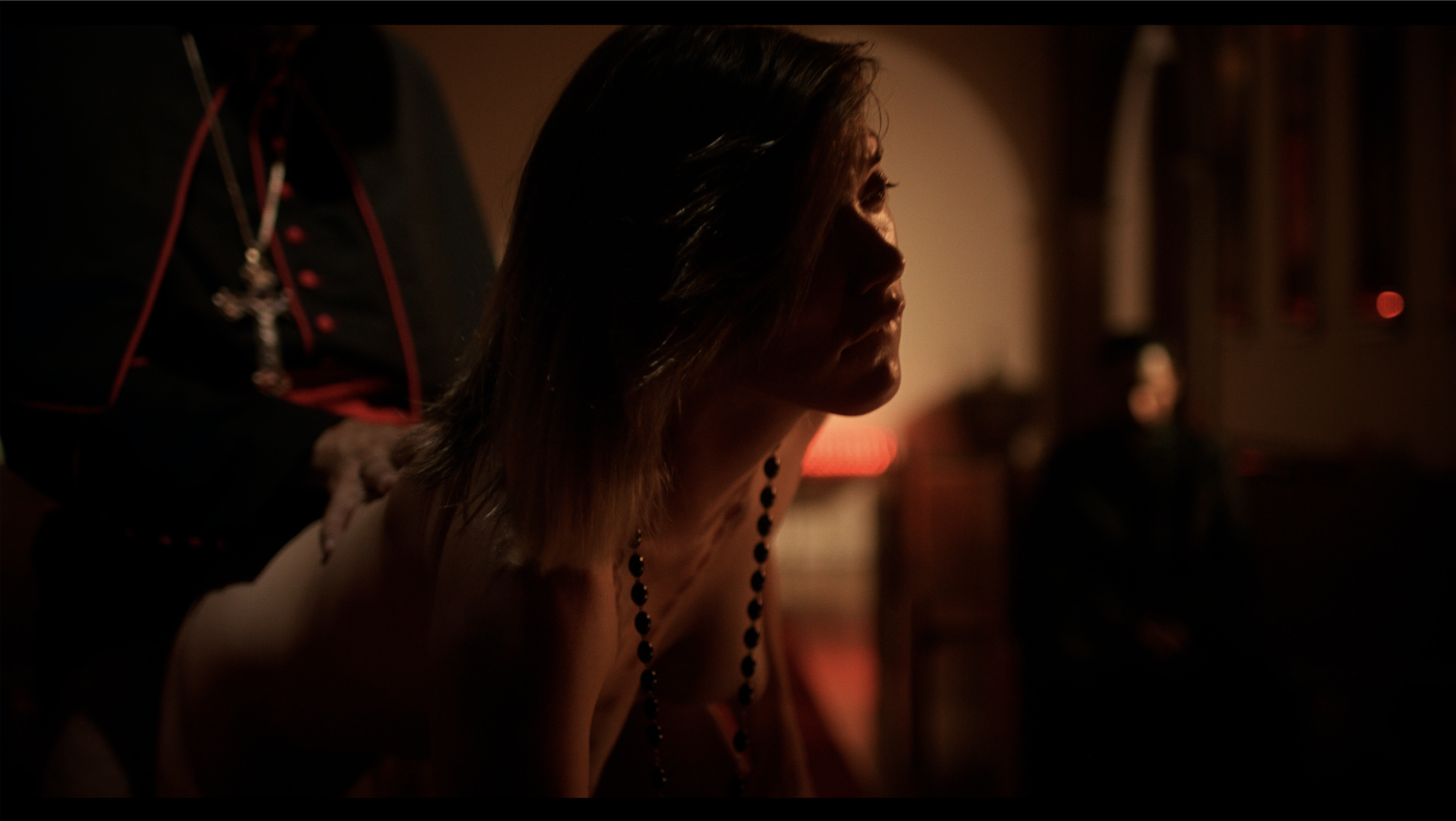 Even Jane Wilde and Lilly Bell—who were on set for nearly eight hours before shooting the movie’s final scene—didn’t seem to mind the long day, routinely encouraging co-stars and offering praise to the crew.

Finally, at 1:31 a.m.—after Pistol emptied his chamber on faces and chests of both performers on the aisle of the chapel—Greenwood yelled “cut” for the last time. Wilde blew out flames on a row of candles that lined the alter as everyone high-fived and hugged. The feeling in the room was unmistakable, if anything because it was familiar.

Greenwood had nailed it. 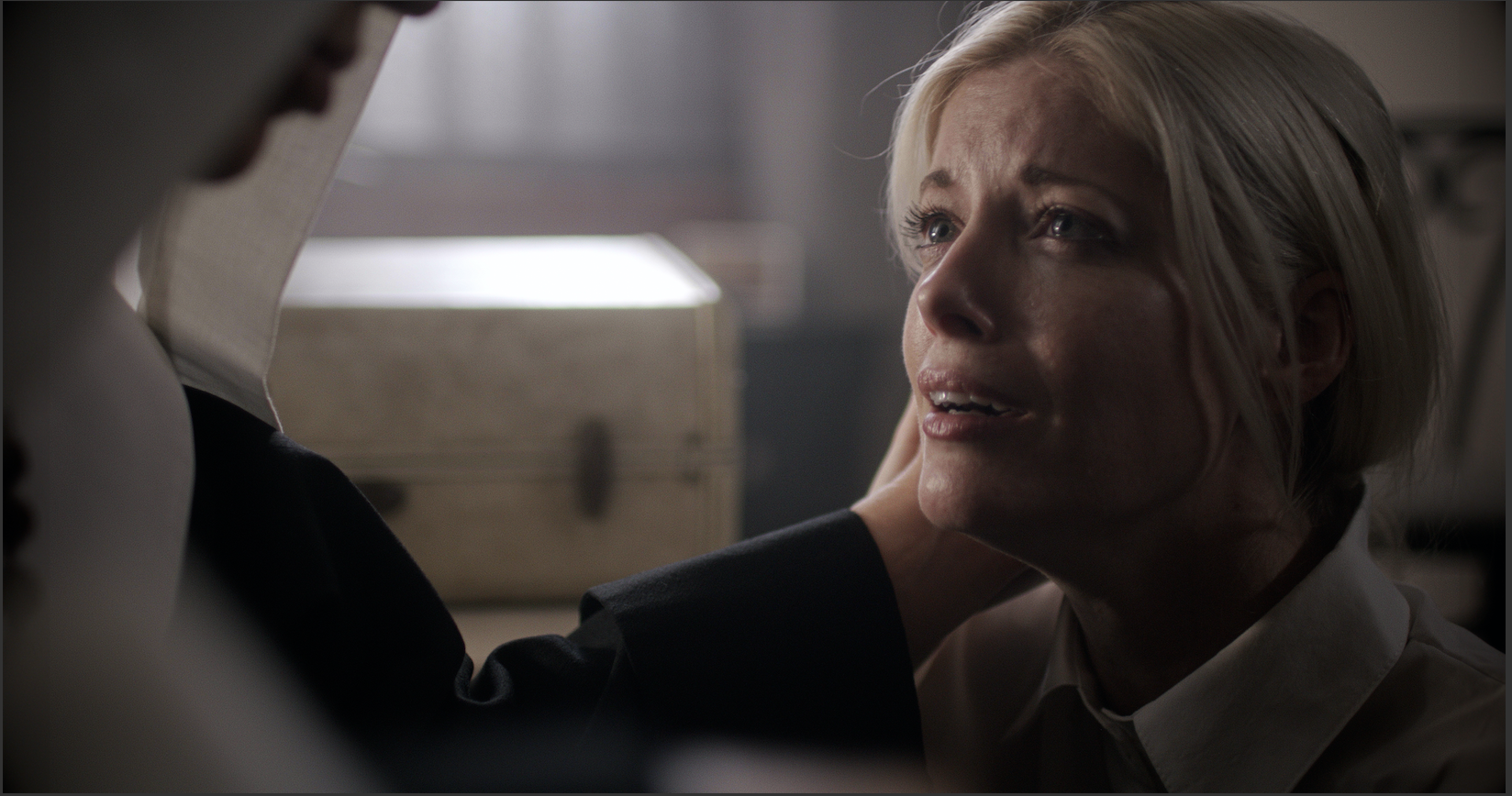 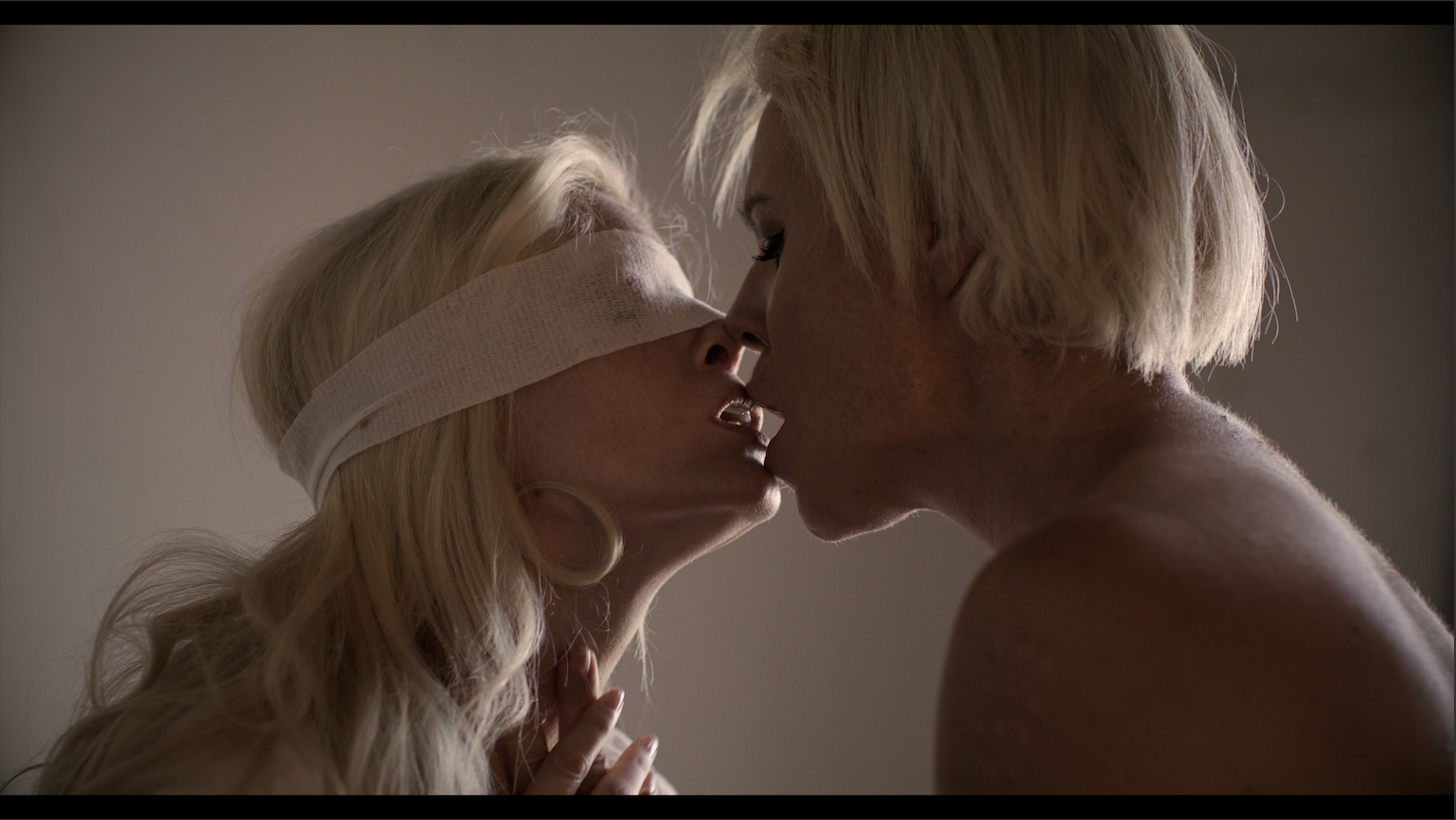 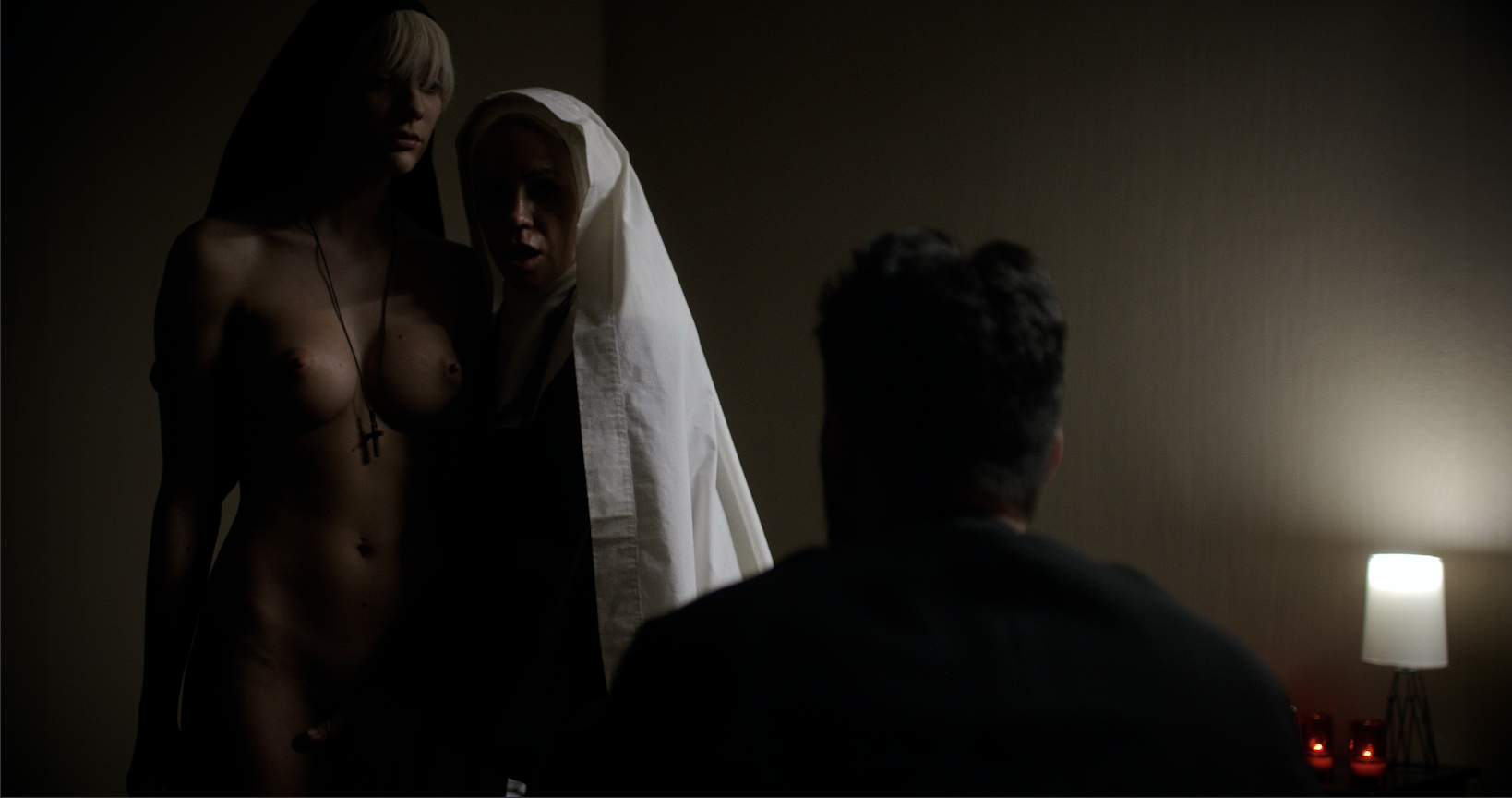 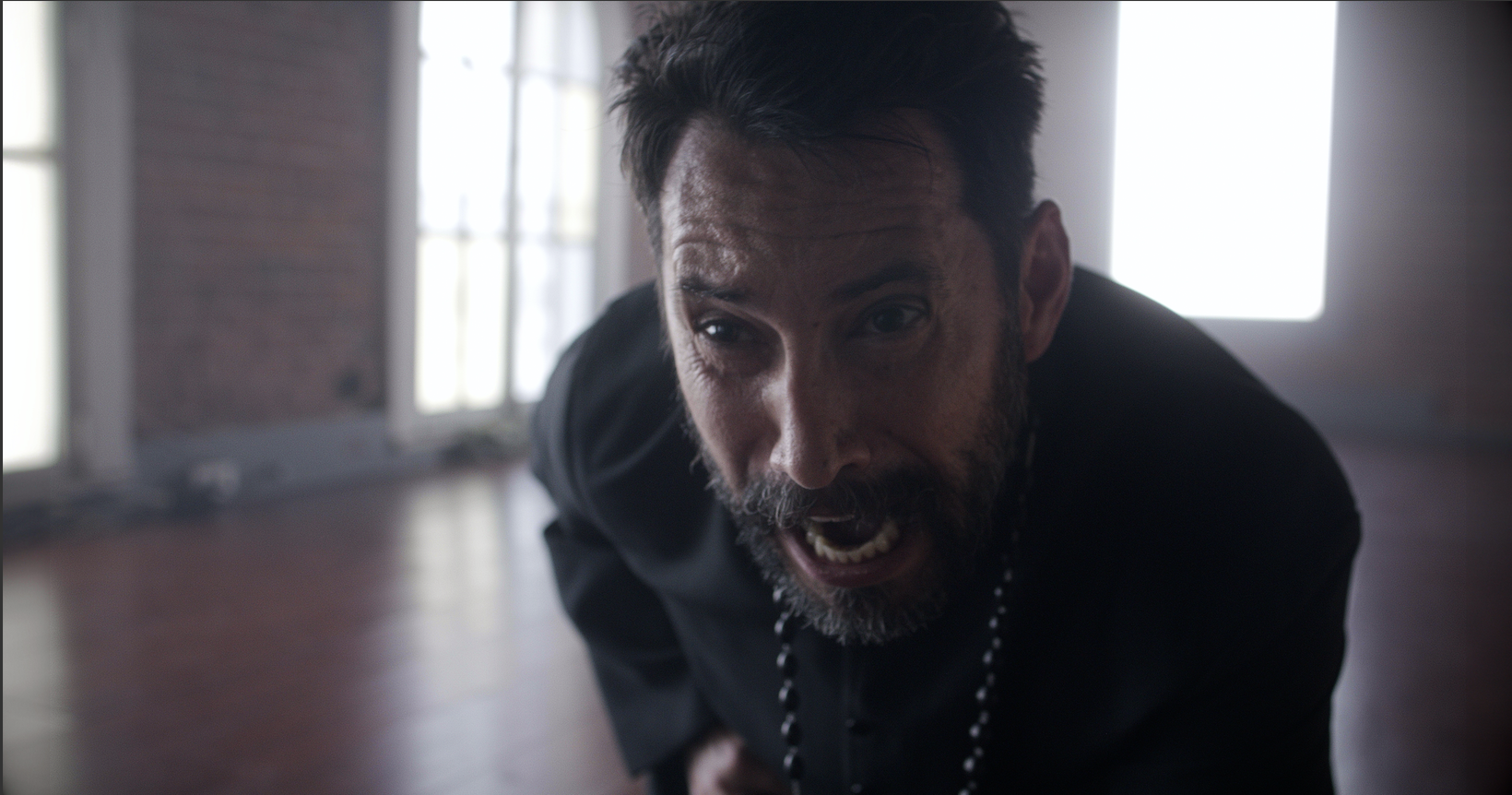