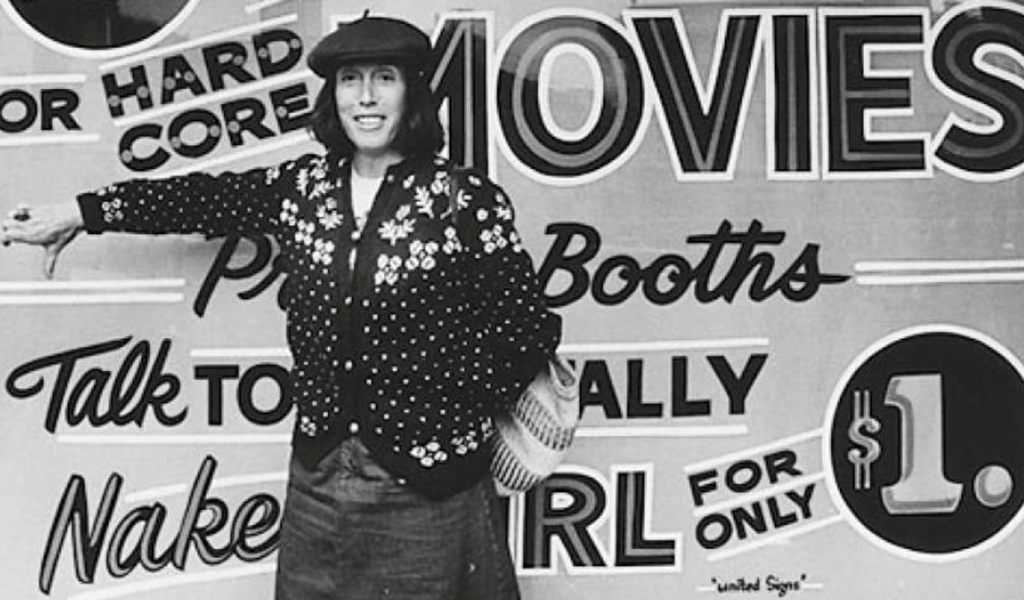 SAN FRANCISCO—Margo St. James, founder of COYOTE (Call Off Your Old Tired Ethics) and the St. James Infirmary health clinic,  died at a memory care facility on January 11, due to St. James' continuing problem with dementia. Born in Bellingham, Washington on September 12, 1937, St. James moved to San Francisco on St. Patrick’s Day in 1958, securing a room above the El Matador on Broadway. She would later join the beatnik scene, hanging out in jazz clubs in North Beach. St. James once said, “This was all before desegregation so finding hip places like Jimbo’s Bop City in the Fillmore and 181 Eddy in the Tenderloin were a reprieve.”

By 1962, St. James had attracted the attention of the local cops in North Beach, who figured something other than just music was going on in her apartment, and though there wasn’t, she was busted for prostitution anyway. She argued in court, “Your Honor, I’ve never turned a trick in my life.” Judge Glickfeld responded, “Anyone who knows the language is obviously a professional.”

Her conviction prompted her to take the college equivalency exam and enroll in law school. She never finished her legal studies but used them to successfully appeal her conviction. She felt vindicated, but said years later that the erroneous conviction led to her becoming a prostitute. With a 647b conviction, a lot of jobs were no longer available to her, but she did score employment serving summonses for famed criminal defense attorney Vincent Hallinan, falling in with the defense bar. She later became one of California’s first women private detectives, having successfully achieved her “undercover hours” with a former vice cop who had a private firm. 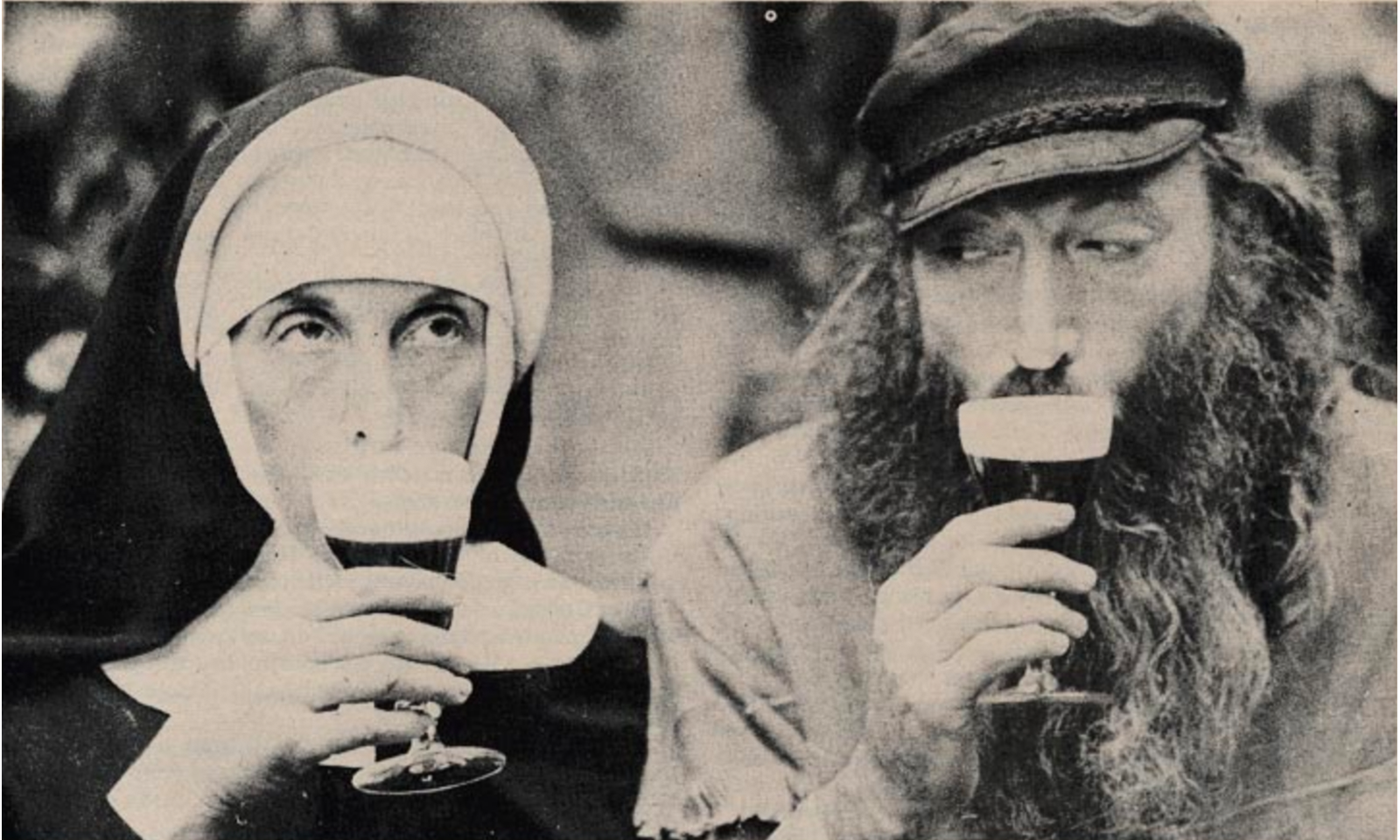 Pictured: Margo 'The Realist Nun' St. James enjoying a beer with Larry Moyer of the No Name bar in Sausalito, CA

In 1972, St. James came to the attention of Paul Krassner, editor and founder of The Realist magazine (and later a columnist for AVN Online), and in The Realist's October, 1972 issue (#94), under the headline "The Realist Nun Rides Again," Krassner reported that, "Retired hooker Margo St. James has organized WHO (Whores, Housewives and Others) for the purpose of decriminalizing prostitution in California," and noted that, "Hookers are hereby invited to confess to The Realist Nun, Main PO Box 2047, San Francisco 94101. Her motto is: 'It's better to blow one another than to blow one another up.'" St. James aand Krassner reportedly remained friends until his death.

On Mother’s Day in 1973, St. James founded COYOTE—Call Off Your Old Tired Ethics, the first prostitutes’ rights organization in the United States. She also created the Hooker’s Balls, which attracted thousands to SF's Cow Palace. Prince Charles attended one of those events, and so too did the Chief of Police, which probably led to his firing by then Mayor Diane Feinstein.

The Hooker’s Balls financed St. James’ rabble-rousing, as well as the publication of her newspaper, COYOTE HOWLS. By 1979, COYOTE HOWLS had a subscription of 60,000, about 3 percent of whom were prostitutes. St. James continued organizing around the country, and sister organizations sprang up: HIRE (Hooking is Real Employment) Atlanta; PUMA (Prostitutes Union of Massachusetts); PONY (Prostitutes of New York); and DOLPHIN (Dump Obsolete Laws; Prove Hypocrisy Isn’t Necessary) in Hawaii. And St. James’ following was growing. Although her office at Pier 40 was burned down, the Ball went on that year. Her entrance was always an affair, but that year she entered the Cow Palace on Margie the Elephant.

COYOTE focused on outreach and advocacy to prostitutes who had been arrested, emphasizing the need to prioritize those who were most impacted by prostitution laws. St. James' political alliances brought national exposure and a wide range of contacts, including those from her close friend and ally, Florynce Kennedy.

In 1982, St. James met Gail Pheterson, Visiting Scholar from the Netherlands, at UC Berkeley. Pheterson worked with St. James and the COYOTE network to organize the Women’s Forum on Prostitutes’ Rights and the COYOTE Convention, coinciding with the 1984 Democratic Convention held in San Francisco. She also mobilized, together with St. James, Carol Leigh, Priscilla Alexander and Gloria Lockett, "Bad Girl Rap Groups" for “any woman who has ever been stigmatized as bad for her work, color, class, sexuality, history of abuse, or just plain gender.” The following year St. James moved with Pheterson to Europe, first to the Netherlands and then to southern France, where they lived together for ten years. During those years they founded the International Committee for Prostitutes’ Rights, and organized the First World Whores’ Congress (Amsterdam, 1985) and the Second World Whores’ Congress at the European Parliament (Brussels, 1986). Out of the congresses, attended by sex workers from 18 countries, came a World Charter for Prostitutes’ Rights.

St. James inspired many generations of sex workers of all kinds. One was Annie Sprinkle, a prostitute/porn star-turned-artist who met St. James at a Prostitutes of New York (PONY) meeting in 1975. St. James inspired Sprinkle to join the prostitutes’ rights movement, and fight for decriminalization of prostitution. St. James and Sprinkle reunited at many events over the years such as the Hooker’s Balls, Whore’s Congresses and feminist activist happenings, and were neighbors for three years. Sprinkle said of St. James, "Margo was a feminist whore’s super hero. She could produce and host a productive press conference, stimulating panel, and exciting Hookers Ball and all in a single day. So much of today’s sex positive culture was born of Margo’s influence.”

While St. James was in Europe, Carol Leigh, founder of BAYSWAN (Bay Area Sex Workers Outreach Network) and a multitude of other sex worker rights organizations in the US, including the Sex Worker Film Festival, kept COYOTE alive, and was the person who coined the term “sex work.”

In 1994 St. James returned to the United States and entered into what she often described as a “marriage of inconvenience” with her long-time private detective partner Paul Avery, author of books on the kidnapping of Patty Hearst and the Zodiac Killer, who had retired from the San Francisco Examiner, and was dying of emphysema.

St. James was appointed to the San Francisco Task Force on Prostitution, a body created by then-Supervisor, later-District Attorney Terrence Hallinan; Vincent’s son, and an old friend. There, she met Carol Stuart, another lesbian organizer, who encouraged her that running for public office would bring more visibility to the movement.

St. James teamed with Johanna Bryer and Dawn Passar, organizers of the Exotic Dancers Alliance, who had successfully sued the Mitchell Brothers for the draconian “stage fees” they imposed on dancers, and together they created the St. James Infirmary. Now in its 21st year, founders used empirical evidence from participants at the two World Whores Congresses, as well as Priscilla Alexander’s knowledge from her work in the early years of the AIDS pandemic in San Francisco at the World Health Organization in Geneva, to form The St. James Infirmary, the first of its kind peer-based free health care clinic for sex workers anywhere in the world, and the go-to place for STI/HIV testing for adult performers in the Bay Area.

Carol Queen, co-founder and director of The Center for Sex & Culture, summed up St. James' impact on San Francisco this way: “She takes her place in San Francisco’s pantheon of citizen activists, one of the people who have made this city what it is, and certainly what it was in the last 30 years of the 20th century, which was a damn amazing time to live in San Francisco. Without her as a predecessor and friend, I don’t think I’d have lived the same life I’ve had.”

St. James had been living in a cabin on Orcas Island, Washington from 2000 through 2019, when she began suffering memory problems, and friends moved her into a memory care facility, where she was diagnosed with Alzheimer's in June of 2020.

St. James' papers are held at Schlesinger Library at Harvard University. She is survived by fans around the world, friends, former lovers, and a body of work that she hoped would long outlast the prohibition.

As Carol Queen said, “Thanks Margo, for changing our town, and changing the world.” 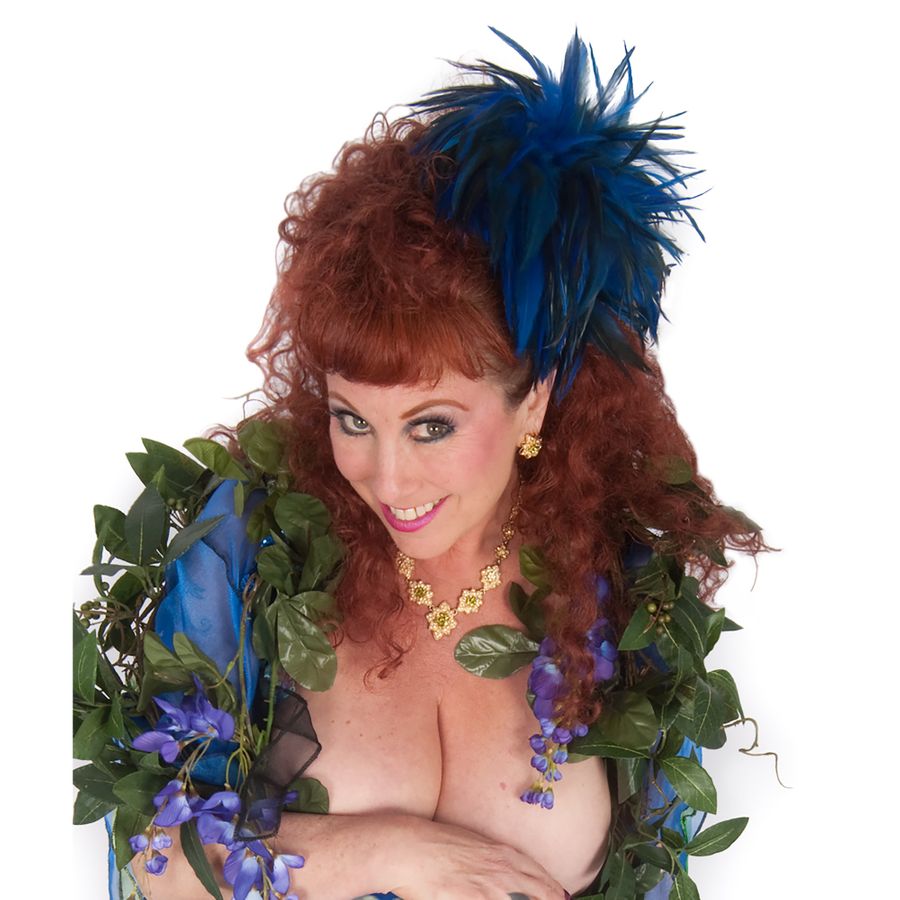